These quieter summer months mean I am catching up on a pile of games that I have yet to play. Many of them bought second hand – titles that I missed the first time around that I am just getting around to.

But I have noticed that as each summer approaches, the availability of exciting second hand games has reduced dramatically. My appetite for second hand titles hasn’t gone – but there aren’t as many to be found anywhere other than the internet, or so it seems.

The days of picking up a genuine bargain at Car Boot sales, garage sales and flea markets have long gone. Internet auctioning sites seem to mean that every game in even the most casual gamers collection can be looked up and sold on at a premium. Most of the old avenues for retro titles seem to be favoured by dealers wanting to resell in-demand titles on, moving focus away from people who buy games to actually play them.

Even specialist game shops are guilty of this, many only buy in games and consoles from the previous generation or newer, because doing otherwise is no longer profitable. As a result we’re losing a lot of gaming history from our high streets, as even the smaller chains and independents are starting to become extremely picky about what they buy in. 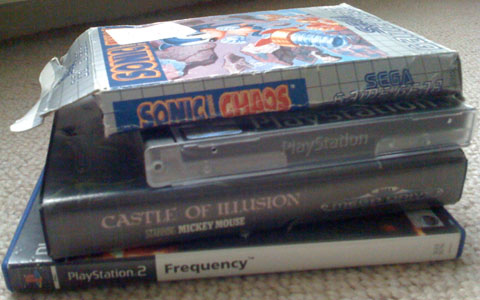 The quality of what’s on offer

Most larger game shops don’t seem to take any pride in the work they do anymore – and this isn’t a pop at the hardworking sales staff of most video games shops, but the senior managers who force them to tow the company line which is a shame as it often takes all the personality out of the shopping experience.

Taking the quality of the stock itself as a major example. The condition that some stores are prepared to sell games and consoles in is laughable at times, and further perpetuates dwindling sales as customers feel less inclined to part with their cash. 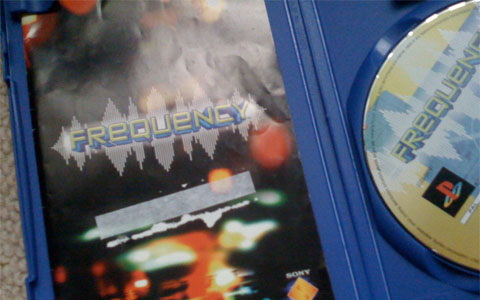 Why not head online?

It’s becoming harder to track down something out of the ordinary in game shops, or any other location other than online. The removal of older titles from the shelves mean that all shops start to become the same bland sea of branding and empty cases. Older titles are resigned to discount bins or dark corners of the store – or worse museum pieces behind glass with inflated prices that you have to specifically ask to view.

You start to see the same copies of games on each routine visit to the store. Older games should be preserved and bought, not left to languish in a store purely to serve as padding for an otherwise dull shop. Heading online to find your desired title is becoming a requirement for more and more gamers, as smaller shops start to put their rarer stock on ebay – but there are a couple of reasons why this is equally undesirable.

Don’t forget about the pleasure of finding something worth playing nearer to home, often the expectation of trying to find a game you’ve been after for a while matches the enjoyment you get from actually playing it, and in doing so you’ll be supporting the network of independent game shops who particularly need support during this recession.

4 replies on “How buying used games got dull”

Just reading this makes me angry again! Especially dirty stock. It seems that a generation of gamers insisted on playing games with jam covered hands. Have some respect. As for buying online, often the problems that you outlined above are the same. My definition of “like new” seems to be at odds with what the rest of the world thinks.

I was in town this morning and I went into (don’t laugh) Game – where they used to have rows of used Xbox, GC, PS2 games all with covers intact and an innocent “preowned” sticker on the case, they now have these stock purple covers with the title and format penned onto the front and spine, and it looks completely crap. I mean, I know that the most important thing is what you stick in the machine, but I don’t know if I could have rows of those kind of boxes lining my shelves.

I also don’t understand these weird people who don’t keep their manuals or extras with the game. Most times in used game shops they get the games without even the original box! Like, what are people doing with their games?! HOW DO THEY GET SO SCRATCHED?! ARRRRGGGHHHH And in the U.S. it sucks even more because games sold as new can be in less-than-mint condition. Gamestop came clean with the practice where employees would open up games and be allowed to take them home for a few days, then pop them back in the cases and sell them like new. They don’t even keep new titles in the actual cases. They put them all in paper sleeves, putting them back in the boxes and putting ANOTHER sticker along the DVD case to keep me from opening it. Why?! It doesn’t make me think it’s new! And it just keeps me from opening the case easily a few minutes later! If I’d known they were gonna do it, I’d have made a big scene about it!

I totally agree. I can’t stand shopping at the big game stores anymore. They don’t even carry anything pre-PS2 in more places. Fortunately for me, there is a local game store near me that is independently owned. They carry everything from NES on up, and will take in even older stuff when the opportunity arises. Generally, those really old systems (Atari 2600, etc.) they will only take in/sell as a bundle, so that you can get a bunch of software with it.