I can’t help but notice features in a game that could have been thought through a lot better. I wasn’t completely suprised when I heard that both Bungie and Blizzard have hired interaction designers for recent games to help improve the experience of playing games using user testing and research.

That said, if I had the a say in the way games were designed, here’s some what I’d improve, and what I’d like to see more of.

It seems like a simple thing – but developers should try to make sure that in-game text is readable. Modern HD games can make text and icons extremely difficult to read on SD televisions. Place simple coloured text (ideally black or white) on a readable background. Or provide an option to amend this. All games should have an option for subtitles as a basic standpoint, this improves the playability (avoiding bad voice acting or weird audio levels) but also improves accessibility for those who are deaf or hard of hearing.

And another important point – all option and menu screen text should be in plain English. Games that have to be localized are a text book example of using the most complicated set of words to explain something relatively simple. Resident Evil 5 uses “authorized game session” to describe “an open co-op game”. 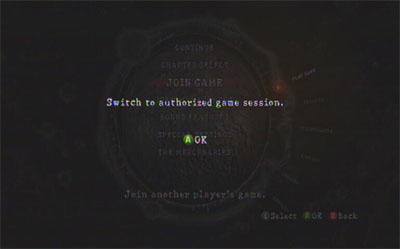 A camera that works

One of the major gripes about 3D games – this is definitely one feature where it’s best to stick to the known conventions. Games in the 3rd person are vastly improved by the option to center the camera behind the player with a quick button press (which is partculary helpful for handheld games). The second analogue stick should remain (as with other games) the primary method to look around. Developers need to try trust gamers with camera controls more rather than placing it under the control of the game. A good camera system should be unnoticeable, and the moment visibility is hampered it should be easy to address.

The camera can also be used as a narrative device. Crash Bandicoot 2 used different camera perspectives on bonus and secret areas to indicate the increased challenge of certain moments in the game, a fixed front on in the “chase” areas to increase a sense of panic. 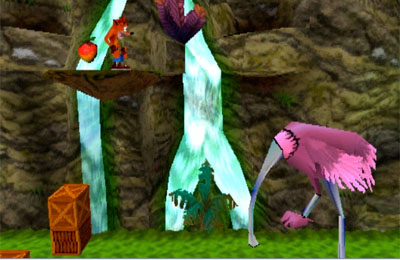 As gamers increasingly abandon reading the manual we begin to rely on in-game tutorials more, particulary in sandbox games where the controls are becoming more and more context sensitive. A good tutorial should allow the player to explore the introduction of the game in a safe enjoyable area. If the beginning of an game has suceeded in both helping and encouraging someone to move forward then it should be looked back on as a particulary enjoyably moment in the game. This is often why the starting levels of games are often our most fondly remembered moments, so do not force the player to pass a in-tutorial test before they can reach the rest of the game.

Abe’s Oddysee made the tutorial part of the game proper, as the context of why certain moves were needed helped you to learn them. You begin to learn the key elements of the game as your start your escape from Rupture Farms, with helpful signs and billboards present to give you clues. Also one of the most well-remembered features of this game was the Gamespeak mode on the title screen which allowed the player to experiment with Abe’s various conversational combinations before trying them for real in the context of the game. 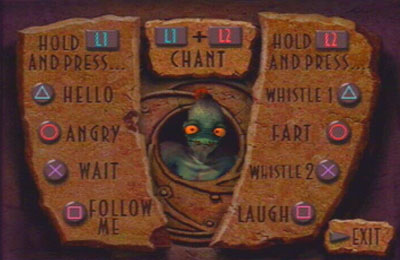 More visual cues should be used in-game to help direct the player, these need not break the forth wall, even a recognisible object or differently coloured point of focus can help draw the eye without revealing the player is lost. Valve frequently uses good lighting, identifable areas and landmarks to subtley suggest the next step, but some games take give a little extra optional help.

Final Fantasy 7 had a useful feature to highlight all of the exits on a particular screen, which was useful given all the murky background environments. This “help screen device” also extended out into battles screens to provide an explanation for each of the spells and attacks used in the game. Above all though it was an optional tool providing a moments of hand-holding in an otherwise enormous game – it proved particularly useful for those to whom which FF7 was their first role-playing game experience. 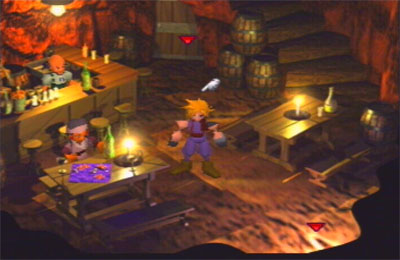 Loading is a natural part of gaming and we’re well accustomed to waiting as long as it’s justifiable, and this means explaining what is happening or giving the player something simple to do or watch. The most recent Elder Scrolls games have used these moments as a chance to impart helpful tips to the game, a useful feature that is starting to become very widely adopted in other games.

Namco had a little fun when developing the original Tekken, the initial loading screen boasts a mini-game to play while you wait. 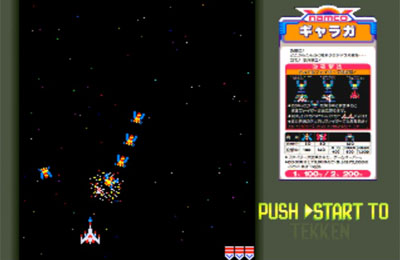 Use clues to help the player realise where they go next, and points to recognise where they are now. The player shouldn’t have to struggle with spacial awareness because the in-game map is so badly designed, or even worse, there’s no map at all! If maps are left out then a level should be designed with key focal points to jog the memory of where the player is, and there they should be heading.

Make sure the full map is available somewhere – ideally mapped to it’s own button so it is accessible quickly. A map in the corner that turns as the character turns are always helpful, and help the two types of map-reading brains.

Final Fantasy 12 has a near-perfect gaming map, and it’s usability is down to the fact that is is well labelled, easily understood, and it also reveals more of the current area as you explore it. It also includes a journal at the bottom that reminds you where to go next – a critical feature if you return to the game after being absent for a while. 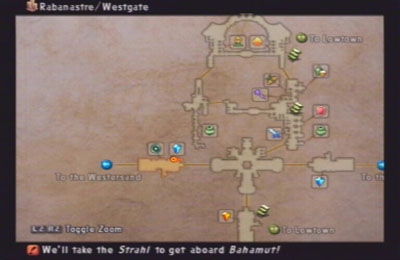 And lastly design for the player not for the gimmick

Most games released today have a unique selling point, whether it is Borderlands “bazillions of guns” or the ability to start a family in Fable II. These features provide a unique gaming experience, but developers need to include these new ideas into their games with a full understanding of how best to present them.

The simple ideas really are the best. If we can see the game properly, and experience controlling it without difficulty, than the unique selling points are given a proper chance to shine.

6 replies on “Helping the player: advice from a gamer”

The best tutorials are ones that present a guide as a precursor to the events of a game’s story, rather than a separate training option from the main menu. I believe Half-Life and Gunman Chronicles used scripted events such as falling debris to teach you how to crawl and jump, flashing up unintrusive key commands along the way… Agreed with the point about loading screens – it baffles me that we have more memory to play with and multicore processors and yet developers are happy to expand superficial features such as graphics instead of looking back on the fundamental flaws of the previous generation of games (such as crap loading screens) and trying to fix them. Sadly I don’t think this will ever change, though. Also, maps can be a bit hit-and-miss at the best of times, and I think that they can be a lot better. Sometimes I will move from one area to another via a loading screen, and the shift of my character on a map won’t reflect the distance that I’ve travelled ingame. Another thing that’s recently bugged me is poor indication of items in maps – I understand that you’re supposed to seek out the beacons of ODST rather than being directly led to them, but the indication of their location relied as much on hearing the beeps as checking the map – not bad for people like you and I, but useless if your hearing is impaired…

Re visual cues, the old Resident Evil games on the PS1 did this, although that was mainly down to having 3D objects on pre-rendered backdrops. Capcom wisely saw this diference worked for players and kept it in the fully-3D Resi games.

Regarding tutorials and again Final Fantasy, I think RPGs are some of the worst at establishing exactly what you’re supposed to do. The opening hours of these games is spent knee deep in backstory while still throwing every tutorial at you at once. For these games it’s a while before you feel you’re into it proper and actually playing it for yourself. The best tutorials are of course the ones that disguise themselves as missions or objectives. Though i’m sure we all know what to do in GTA by now, the opening missions explain the ideas and skills needed to progress and enjoy within the game while still being enjoyable. I agree things shouldn’t be overly-complicated, but at the sametime, they shouldn’t be glaringly easy and devoid of challenge either. Forza 3 does a good job in recognising exactly what kind of support the player needs and when. It’s also a rather good game, yes. 🙂

You brought up a lot of good points there. I find one of my personal “must haves” for most 3D games is a mini map available in the HUD. I loved Batman: Arkham Asylum much like everybody else, but having to constantly pause and go to my map because my poor sense of direction made me lose track of which way I was facing was down right frustrating. I would even have settled for a compass.

Regarding tutorials and again Final Fantasy, I think RPGs are some of the worst at establishing exactly what you’re supposed to do. The opening hours of these games is spent knee deep in backstory while still throwing every tutorial at you at once. For these games it’s a while before you feel you’re into it proper and actually playing it for yourself. The best tutorials are of course the ones that disguise themselves as missions or objectives. Though i’m sure we all know what to do in GTA by now, the opening missions explain the ideas and skills needed to progress and enjoy within the game while still being enjoyable. I agree things shouldn’t be overly-complicated, but at the sametime, they shouldn’t be glaringly easy and devoid of challenge either. Forza 3 does a good job in recognising exactly what kind of support the player needs and when. It’s also a rather good game, yes.

@Vincent – I genuinely did not know that about Namco’s loading screens, thanks for bringing that to my attention, you genuinely do learn something new every day!