Rather a big game came out this week, and it occurred to me that I am more at risk of having the narrative of Mass Effect 2 spoiled for me than I ever was with the original.

This is because the excitement of a new game creates ripples online, with all most gamers eager to share their personal experiences in a greater number of ways. What is most interesting about spoilers is the choices we all make about what to share, and what to keep secret; I know it as the spoiler moral compass. As you’d expect this post contains no spoilers.

As gamers we have differing opinions about what a spoiler is, I would describe the definition of a spoiler as anything that reveals a significant detail about anything narratively interesting. To some this means keeping the ending of a game quiet, to others it means keeping as much of the story of the game as unknown to others as possible, including pictures, descriptions or even hints to particular events.

This is because some people are happier to discuss game elements than others. Some prefer to read as much information as possible about a particular game before it comes out, others choose to read very little, it’s in this way that information that is out in the public domain can still be a spoiler to a certain amount of the gaming community – those preferring their first experience with a game to be that be completely new, out of the box, a complete unknown. This is now even harder to do than ever before.

So how do we each develop a moral compass about spoiling games? Usually it comes out of the process of having a game that we’ve particularly enjoying spoiled by another, an avoidance strategy to stop it happening to ourselves or someone else. As a result some gamers become as defensive of game plot, bosses or events as developers, keen to improve the chances of other player’s experience.

Even someone hinting what is likely to happen to a game or character ruins the “as intended” concept, for every game be it the most personal single player journey to the largest multi-player experience, the difficulty remains how to keep “the secret” as something we can each piece together ourselves, so we can all enjoy that beautiful epiphany moment independently.

So we do largely depend on one another to contain ourselves, to leave those tiny morsels of details for others to appreciate, and despite the massive temptation to throw ourselves into debate it’s important that we continue to have those moral struggles about whether to share or hide plot or gameplay information. 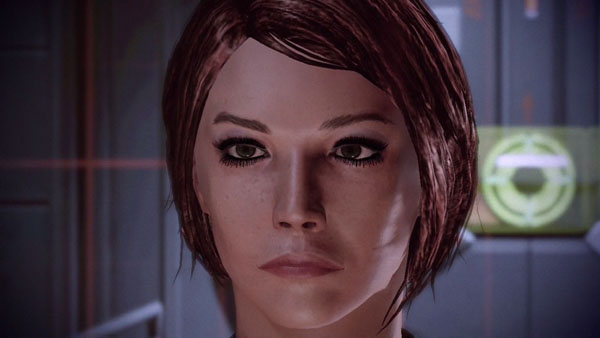 The age of the game in question is also an interesting premise, older games that have passed a gamer by are usually fair game when it comes to spoilers, the deciding factor of which is a combination of whether the game in question existed in this generation or the last, or even before, and that respective games influence. After all in the eyes of a new player, does a massive story spoiler from a game that’s ten years old have any less impact than a game released one week ago?

Even if nothing is narratively is spoiled by these discussions, there is always the risk that positive or negative associations about a game are being noted by the person yet to play, with their opinion of the game effected beforehand, for better or worse.

While some developers put limits on what can be openly discussed by gaming magazines or websites there are no such limits on the public domain. Once a game has reached it release date it often becomes fair game out on the world wide web. The problem being that even with a growing number of worldwide simulatenous releases, there will always be a region of the world who gets a particular game after everyone else, and even if this is not the case, timezones and distances add to the problem.

What I often see as a gamer in Europe is players from other parts of the world openly discussing a game which was out weeks, maybe even month ago (for them), the Pandora’s box has opened and much of the information that was candid has now been exposed to the most amount of people possible from that region. This period of time seems to last in direct correlation to the games initial release date, and then another factors such as the time it would take an average gamer to complete, plus an extra amount of time for slow completions, as such I would argue that regions including Europe and Australia (among others) are most as risk to the open dialogue that begins once a portion of the community finishes a game and takes time to reflect. 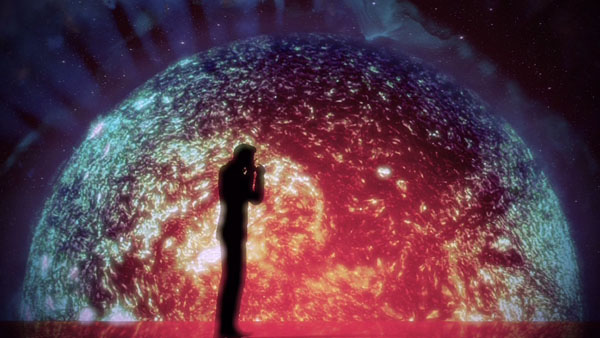 Back in the old days of the web it was easy to stay clear of information that compromised a game. Websites or forums where games are discussed almost always have a moral codes surrounding spoilers. These days with the rise of the ability to make impulse broadcasts about game thoughts and progress on social networks like twitter, it’s even harder to avoid snippets of information that could ruin a particular moment.

The changing face of the web is the biggest risk for the gamer. Every corner of our favourite gaming websites are a minefield for spoilers, some handle this better than others, clearly marking any content that may effect their readership, but this is an editorial decision on the part of the website or publication, which in turn boils down to a personal decision by the moderator, editor or contributor about what may or may not be spoiler content. Morally and editorially it’s almost as difficult as trying to decide what may offend someone, difficult to predict and hard to imagine the consequence until it’s far too late; another game ruined, or weakened, by the inadvertent slip of the spoiler moral compass.

3 replies on “The Spoiler Problem”

Hm, seems kind of ironic after I told you about that boy at work. As always a really interesting read. Keep it up, dear~

I’m sure you’ve noticed my attempts to avoid spoilers in the past year, but particularly recent months. Not only have I tried to maintain media blackouts with regards to certain games, when others come out, I’ve also tried to avoid my usual internet habits in an attempt to not see or hear anything I do not want to. Despite the industry thinking otherwise, it’s impossible to buy or get a hold of every single game we may want to, so it’s only natural that we’ll have to pass up on titles and purchase them at a later date. This happened for me recently with Mass Effect 2 which, due to other life expenses, I had to pass on. Due to being such a narrative-strong game, my concern for spoilers was high and yes, some of it has been spoiled. I guess it really is inevitable if you don’t have a magical wallet that instantly refills after each purchase and all the time in the world to play the same games everyone else is. As far as my writing is concerned, I must admit I’ve been rather blase about spoilers. Now that I think about it, I honestly can’t remember if I’ve marked potential spoilers or not when I’ve discussed particular games — this worries me if I haven’t, and makes me feel like a hypocrite given how much I dislike it when a spoiler is revealed. Definitely need to be more careful in the future.

I enjoyed reading this, and I really sympathise – this is something I struggle with on a regular basis, and not just with games. I’m a bit of a fan of TV series marathons, so rather than watching new series in one-episode-a-week dribbles, I’d rather stash them all on my PVR, then stock up on junk food, draw the curtains, disconnect the phone and plough through it all in one go. It’s incredibly satisfying, and given the cliffhanger nature of the modern series, I don’t think I could cope with watching 24 or Lost a week at a time now that I’ve discovered the blitz method. Such are the perils of the web though, that as soon as anything exciting/interesting/noteworthy (who am I kidding – it doesn’t have to be any of those things, it just has to happen) we feel the need to tell the world about it. Perhaps you’re right that while the mediums have changed (e.g. Twitter) the ability to censor your own input becomes more difficult. I remember the days when on forums, people would box out the section with a ‘spoiler’ heading and format the text in the same colour as their background, so that way if you want to see the spoiler, you can highlight it with your mouse, but if you don’t, you won’t accidentally stumble upon it. Those kind people are learned and wise. I liked those people. I bet it’s not those considerate folk who are tweeting spoilers nowadays either, I bet they’re still being subtle and careful as they always were. There were always people who used to spoil indiscriminately even back in those civilised days though, and I’m sure it’s the same people doing it now, only now they have the instantaneous nature of the medium as an excuse. Avoiding spoilers on the web is like the classic episode of ‘…The Likely Lads’ where they’re trying to avoid the score of a football match so they can watch the evening highlights, but someone who they don’t like is trying to ruin it for them. But on the web, it’s EVERY SINGLE DAY. It’s difficult, it’s draining, and we all eventually end up disappointed.