One of the most compelling reasons to pick up Demon’s Souls is it’s perceived difficulty. The game is supposedly as uncompromising and challenging as the games we grew up with – the games of our early childhood needed determination and above all imagination to play and complete.

In a nod to our gaming heritage, determination is the key requirement for Demon’s Souls; and if you “get” it’s carefully crafted design decisions, a unique gaming experience reveals itself out of it’s dark, foreboding gloom.

Many games have a personality, successfully managing to disguise the fact that they were created from the minds of a team of developers, but Demon’s Souls sense of personality is particularly palpable. Primarily in it’s main theme; the insignificance of death. Your character is held perpetually under the thumb of the game, pinned into the swirling limbo of the Nexus (the game’s central hub). From there you are forced to meekly step out into five equally challenging worlds in your ethereal “soul form” to regain your body by defeating a boss.

In doing so you explore a crumbling world; a once great kindgom riddled with the dead and half-dead, as you avoid or kill the other beings and enemies locked into the ghostly spirit world with you. It sounds ghastly – as you step into the first world fresh from a bluntly ended tutorial – but Demon’s Souls magic is in slowly convincing you to the masterpiece of atmosphere it’s pulling you through. 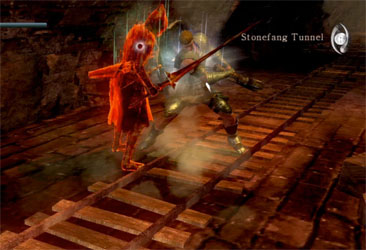 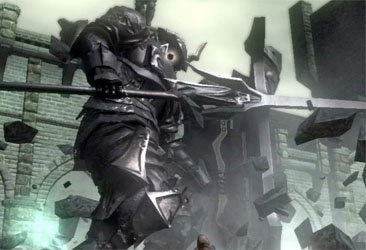 Joyfully the game is equal parts horror, puzzle, and action game. The first playthrough of an area will take hours, as you tiptoe along each path in terror, you will gain an understanding of how to master each level either alone or co-operatively with other phantoms. The controls are solid and as such you are infrequently annoyed with the game – only with yourself for making a mistake that cost you time and the chance to complete things. It’s a testament to how fair and balanced the development model of Demon’s Souls is, with every exploit, shortcut and time saving trick fully-intended by the developer. 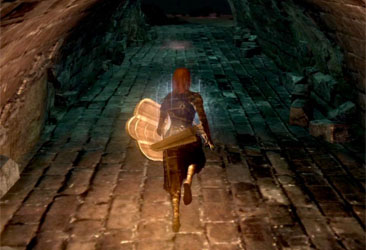 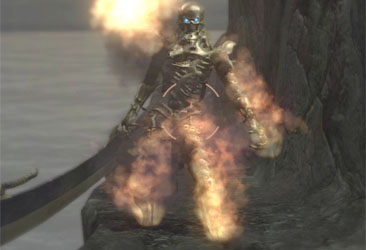 Demon’s Souls is also a community game which sinks or swims based on the frequency and reliability of the messages that others choose to leave you. It is the friendliness or apathy of the wider community which will decide whether you will be encouraged by another person, or spurned by those who seek amusement in the bleakest of worlds. Demon’s Souls true genius is in it’s ability to create empathy for another player experiencing the same (difficult) world, players are pushed to the point where they begin to understand the motivations of others who choose to play more dubiously. 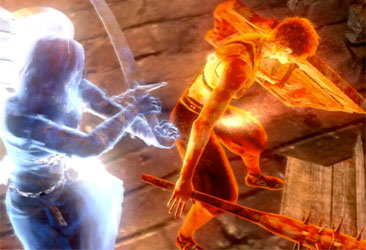 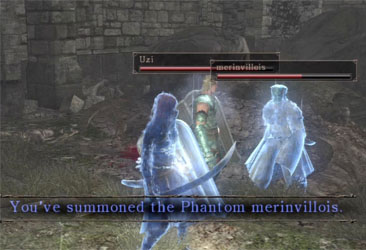 There is a malevolent force running in parallel to your adventure, slapping the back of your hand as you make mistakes; a noise for a successful blocked attack, another for one that fails. This will infuriate you until you can eliminate your bad habits in combat and do better. So much of the gameplay is left unexplained, so you are left to make mistakes by dying in a trap, falling, or failing a one-on-one fight. You will fail moments continually with little encouragement until you either figure it out or do better. However Demon’s Souls makes you feel the master of your own destiny, you are left to explore and fumble through the game, growing in confidence as you slowly master it’s almost animalistic environment and begin to work out your own strategies to survive longer. 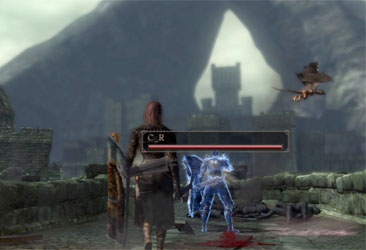 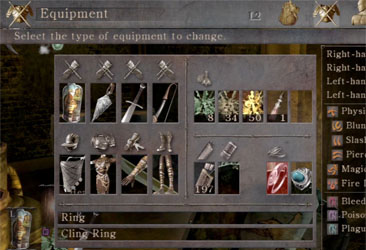 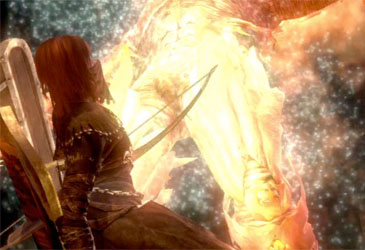 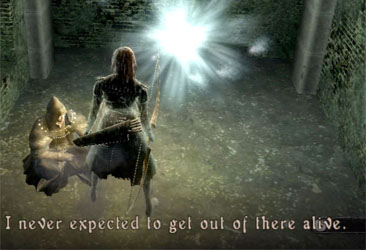 But there’s method in the madness

The choice to do this is a deliberate one. At the heart of Demon’s Souls is an experience which allows you to fumble, struggle – but learn. Very soon the style of gameplay struggle gives way to empowerment. Demon’s Souls is the wonderful exception to the rule – the boundaries set-up by the game are ultimately what defines it. This changes everything: 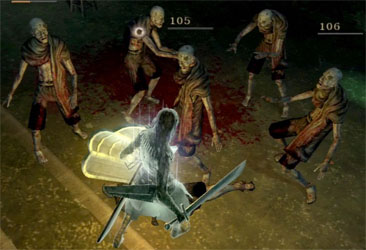 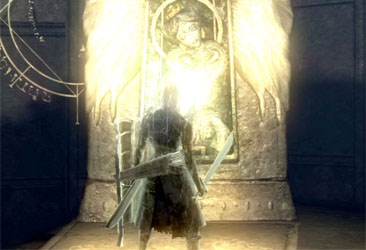 Playing Demon’s Souls makes you realise the notion of a game’s difficulty is part design, part confidence in the player’s ability. In this game From Software presents you with a challenge, and if you have the optimism to look at the prospect of Demon’s Souls as an opportunity rather than a problem the experience will reward you tenfold.

5 replies on “The difficulty of Demon’s Souls”

A fair appraisal of the game. I’ve seen a lot of love for this game out there on the grounds that it is a return to ‘hardcore’. I don’t think for a second you make this argument here but I mention it because I disagree and agree in equal measure.

A big part of the beauty of this game (with the inevitable ‘for me’ qualifier) is that it is balls-out, confidently doing something different and in today’s gaming landscape it is a breeze of fresh air I haven’t felt since the early days of the Wii.

Bravo to the people behind this game who had the strength of their convictions to innovate and to not falter in their (supposed) vision.

Very good read. This game truly is remarkable, and the history behind is also quite unique due to its word-of-mouth way of being released in the Western world.

Very well crafted blog post. I will subscribe to your blog from now on. I am also enjoying reading your Fahrenheit blog posts 🙂

Your review makes me want to give this game a try, after seeing a preview of it and thought to pass this one up.

I have a question: as you play do you think you’re actually getting better at the game, or are you just memorizing the source of every attack? I heard a tonne of praise for this game when it came out, and was really interested in giving it a go…but it does worry me that I might be forced to use memory rather than skill to beat it…

@Jon Porter – Bit of both, but essentially you’re getting better at the game and growing in confidence. It’s definitely a game about skill not just memory.