Gauntlet Dark Legacy isn’t the worst game I’ve ever played by a long shot. It’s actually a favourite of mine. But it’s a brilliant example of how bad elements of a game often take a backseat to the fun it provides. It’s aged a great deal since it’s release in 2000, and there are many elements of it’s gameplay that are broken and frustrating.

And yet somehow Gauntlet Dark Legacy is still easily fun, proving there are tons of things that can be learnt from any game’s worst moments.

We often forget that a game that isn’t entirely perfect to us individually can still be salvaged. This can happen if in the process of development someone has the presence of mind to develop a games “character” rather than it’s “pedigree” or if a game specifically allows the weaker aspects of it’s design to be skipped or avoided. While Gauntlet Dark Legacy is not a perfect game by any stretch of the imagination, it largely succeeds because of how flexible it is. Looking past the aging graphics and dated sound, other (terrible) games could learn a lot from it’s model. It has fun “tongue in cheek” feel that almost excuses it’s usability flaws. 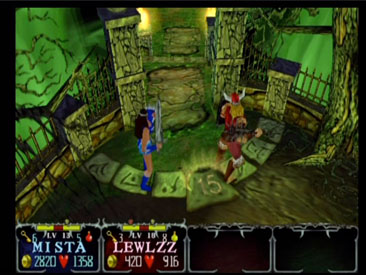 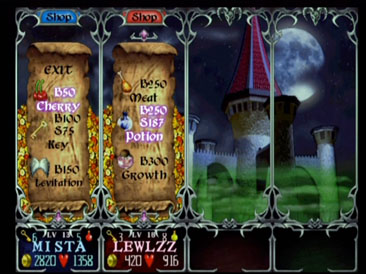 Learning to be constructive about gaming’s bad elements

Gauntlet is definitely one of those games you “get” or you don’t. It doesn’t always take itself completely seriously, and as such I find it remarkably easy to be constructive about it’s poorer moments. While I enjoy it a great deal, it doesn’t stand up to scuntiny as well as some of the other games I’ve written about. It feels like a retro game made new, but with this idea comes several of the frustrating aspects of the older games that inspired it.

The camera for example is one of the worst I have ever seen; not giving the multiple players on the screen appropriate warning about the enemies to come or off the screen. Everything but the immediate area is completely out of sight or hidden by a partially overhead angle. The voice acting and noises are hilarious and of dubious quality in places, they seem to crackle and struggle throughout the duration of the game, not helped by the aging visuals, which were slightly awkward at the time and have not aged as well as games from a similar era.

However Gauntet’s biggest barrier is it’s repetitive style of gameplay which means that once you’ve mastered the first level there is little variation in either enemy style, combat or simple look and feel.

So functionally at least Gauntlet Dark Legacy is a mess, any quite buggy in places. Somehow I still gain enjoyment and massive amounts of pleasure from it. It’s a textbook example of how gameplay problems can take a backseat with so much humour, personality and fun in abundance, and Gauntlet has all three. 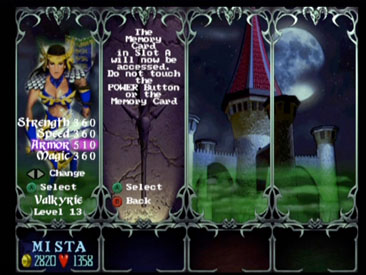 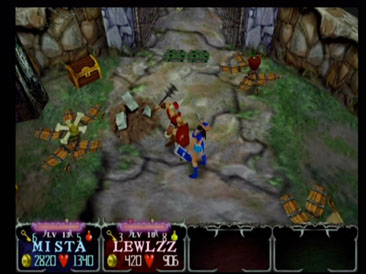 Finding the fun in an average or bad game

The thing that Gauntlet does best is it’s slick four player mode. The camera is restrictive, but it largely works. There are so few games of this generation that attempt to do this, particularly with the level of individual character micromanagement that Gauntlet allows; enabling everyone to manage their items independently and manage save states without intruding on the other players. Few things in this world are as pleasurable as a game that you can play with others in the same room, it’s a lost art and one that is thankfully making a small but obvious comeback.

It is also one of the best examples of pick up and play action that I can think of, very little information is needed to explain to anyone new to the series. Despite it’s massive flaws it is remarkably accessible to everyone as most gameplay is done with just three buttons and the more complex elements such as item collection, powerups and combos are all optional. Simplicity is something that most games often strive for and fall so far short of. I admire this game greatly for doing exactly what is required and no more. So many games try to take on big complex ideas or messages and limit themselves to a particular market by doing so. In it’s simplicity Gauntlet is a game for everyone.

Somewhere along the way we lost interest in finding our fun in average games. We’ve lost our way by striving for gaming perfection at every turn when there is plenty of fun to be had in the humble middle ground or worse. Gauntlet Dark Legacy is a great example of this, plenty to moan about, plenty to be happy about too. A happy medium – and a middle ground we should embrace more.

This post was part of Gamer Banter, a monthly video game discussion coordinated by Terry at Game Couch. If you’re interested in being part, please email him for details.

Game Couch: The Worst Game Ever

Silvercublogger: It’s all about integrity

Master Kitty’s World: What were they thinking???

SnipingMizzy: What is there to love?

The Game Fanatics: What is the worst game you’ve ever played?

gunthera1_gamer: The game I could have loved!

6 replies on “Making the best of a bad situation”

I have such fond memories of playing Gauntlet: Dark Legacy with my flatmates. You are so right about its pick-up-and-playability, and it has some of the most entertaining voice acting I have seen in a game.

To this day, I still declare “I like food!” when I eat something tasty 😀

I think the biggest problem I had with Dark Legacy was that it wasn’t Dark Alliance — which I realize wasn’t fair. Of course the second problem I had was that I kept losing my character onscreen! 🙂

I completely agree with this. Even games I couldn’t really stand, I could still find at least SOMETHING in them that was enjoyable.

I realise that the game is quite old but just looking at your screenshots there I can see that the camera would be annoying in four player. The player models are HUUUUUUUGE and there’s hardly any space on-screen to see incoming mobs. Zoom out, already!

I played this game on the PS2! I enjoyed the previous Gauntlet game much better – I played it on the Nintendo 64. It was a really hard game, but super fun.

Would love for it to be re-made. The most recent Gauntlet game on the Original Xbox was a revival of the series, and was not bad, just lacked the same feeling.

I always had a soft spot for Gauntlet (I’ve spent more quarters on teh arcade version than I care to admit.) I think you really hit the nail on the head in this article: it’s fun because it’s simple and campy.