We all get stuck in video games from time to time. It’s a part of what makes the experience of playing games so rewarding. This is something that most games manage superbly – one of the main reasons that we continue to return for our daily quota of risk, challenge and reward.

All games aim to place us in a difficult position regularly, testing our own very different and very personal ways of coping with challenge.

Nothing will ever be as bad as that…

There are some moments in games that hold you back for a few hours, or for a few days. Then there are the biggest and most horrible of challenges, the experiences that become the yardstick by which all other gaming difficulties are measured.

I have known about one such challenge for a year, when I started this particular game I knew it was something that I would have to overcome, and the dread of it moving ever closer with each day built up a deep sense of dread inside me. The enemy I would have to face is brutal, fast and deadly and the build-up to my most difficult battle was a palpable one.

It started with the enemy being made obvious to me very early on in the game – within a few starting hours when I was at my most vulnerable and least confident. It was placed deliberately in the newbie area of the game and forced me to confront something I was not intended to even attempt to defeat until several weeks later. It felt cruel, and the spiral of dread continued. 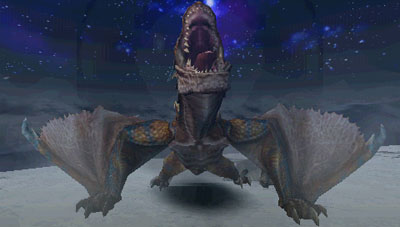 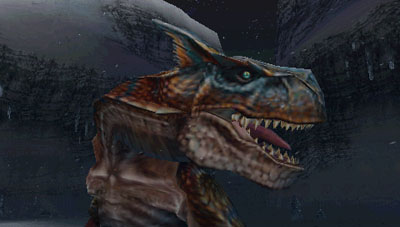 When the time finally came to defeat this creature I was stronger, but still clearly aware of the danger involved in trying to kill him. It took many attempts to even survive long enough to realise the weakness of an AI that seemed infallable. It was no longer just a creature in a game, but a infuriating wall of code with a devious personality that seemed hell-bent on ruining my perception of this game. The entire experience broke me out of the spellbinding love I had felt for this game so far. Now when I thought of it I was just reminded of failure, anger and resentment.

So even then it took at least a hundred attempts more until I was confident enough to best the monster that had constantly kept me on the back foot, and repeatably locked in death’s embrace. So as great as finally destroying him was, I knew it wasn’t over.

Something bigger and badder

Thankfully by the time I beat him I wasn’t alone, I had a close friend to share the victory with, and we shared at least a hundred wonderful hours of relaxed play before the dread kicked in again.

The second time we faced him the stakes were raised, this time there were two of the creatures to face. They were locked at the hip and barely gave us time to breathe or think, so death came even faster than before. All the progress we’d made was washed away week after week in repeated, soul-crushing defeat.

Weeks of attempts pass. By this time describing this experience as merely being “stuck” doesn’t quite cut it. Two months of throwing everything we had at the problem, taking breaks, reading strategies, trying different items, going faster, going slower. Nothing seemed to work.

I started to dream about a world where I would no longer have to do this. Here was my perfect game – save for one thing I couldn’t do, the irony of the situation taunted me every day we tried. Any other person would have moved on to another game by now. But my friend and I have a friendship spanning 23 years, and we dug deep.

Slowly things started to click, one week we’d make a tiny bit of progress, and the next we’d be back at square one. Another week we’d spot a something we hadn’t discovered before, tweak our tactics and try again, it became our weekly focus, each failure became less painful until we reached the point where we’d fail, dust ourselves off and immediately start again.

One and a half months in we could consistently defeat one before being bested by the other. After two months of trying we’d refined our tactics sufficiently through trial, error, and knowledge to the point where we knew we could complete it – and when we knew we could do it, that’s when we did.

I play games because I like to be challenged, and the frequency and extent of those challenges are made poignant by the very best games having a clear and satisfying sense of progression. This sense of triumph over all odds more than makes up for the walls we inevitably hit. 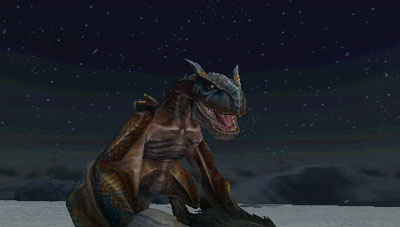 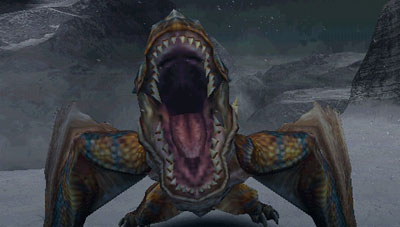 Finally jumping that that massive wall in difficulty is something that will stay with me for a very long time. I now have my yardstick moment – nothing in gaming will ever be as hard, yet triumphant for me as that two month struggle that process of a beloved game both testing me and affirming my friendship; a more perfect example of co-operation will be hard to find.

But I believe the three stages of our challenge may resonate with many of you, I’ve experienced them many times before (although not as drastically), so I’m hoping that thinking of your greatest and most difficult gaming resolution will be as big of a comfort to you as the 19th September 2010 was for me.

To my superb best friend and Monster Hunter teammate Timcanpy who never lost hope that we’d beat two Tigrex’s (at the same time!) and consistently kept us both going. The real victory is yours my dear.

Hmmm…. you’re certainly giving me some scary things to look forward to! 😀

Jesse I’m sure you’re going to be fine – if especially if you go forward with great sword, he’s a tricky customer to take with ranged attack.

Actually I’m seriously considering using dual blades as my main weapon in Unite. That way when I switch back and forth between Tri I’m using very different weapons to keep it interesting. Then maybe by the time Portable 3rd comes out stateside I’ll switch back to my original weapon, the Bow.

I remember Ron Gilbert talking about how when he was working on adventure games he intended them to be played slowly. Whenever you got stuck you would take a break for a day or so and mull the puzzle over, maybe discuss it with your spouse or friends. I never have been as fond of games that give obvious clue after obvious clue so you never have to stop and assess a situation, or that are just overly easy all the way through. I like getting stuck in games. Hell, I even like getting frustrated and angry at games. It means the game has something real going for it.

I was reading this the other day after throwing up my hands in surrender upon failing Half-Minute Hero’s last level a bunch of times. It made me pick the game back up, and I then finished it immediately. So thanks! Got me as to why I didn’t comment until now, though.

@Jesse – That’s a really good idea. I am far too tied to bowgun to even think about trying something else.

@John – That’s one of the things I love about Monster Hunter, and something I think more games should do, small gentle clues about how to improve your success rate and a learning curve that encourages you to keep trying. Very good point.

@Geoff – Glad you finally managed it 🙂 That’s great news, I can’t take any credit though it was all your own work, well done.

Here’s a selection of my ‘walls’ I’ve been stuck on. Sadly I know that death will come to me quicker than the ‘FIN’ screen of some of these:

Resident Evil 4 Hand Cannon: This isn’t particularly hard to do but I know I could do it easier and quicker if I drew up some maps than trying to do it by just going in cold and hoping for the best. Thing is, I’m too lazy to sit there and play (whilst half trying to five star them all) with a pen and paper in hand. I also stubbornly refuse to download any kind of online map. I know. I don’t exactly help myself.

Super Smash Brothers Brawl Beating 10 on Cruel Brawl without resorting to cheap ledge-dropping or using a golden hammer. I’m happy to let this one slide and I enjoy the futility of even trying occasionally. It’s a tragically hilarious or hilariously tragic seeing your character fly of the screen after an innocuous kick.

Having just completed the last level I needed for the 1000/1000 GS on Call of Duty 2, this very evening, the feeling of accomplishment is immense. It took about five years to do (I would try every few months or so, after the first year of getting the game), but goddamn does it feel great to get that weight off your shoulders!

I think there is a real duality to the nature of Achievements on the Xbox 360, it’s a great way to see what your friends have done in the same game as you, and yeah it’s nice to be tempted to play in a slightly different way/go off the beaten path and experience something a little out of your comfort zone…

However, getting stuck on 940/1000 GS completion on a game for nigh-on five years, really, really sucks. But then you realise, it’s only you that sucks, other people have completed the game, so why not you!? Buck up buddy, dust off your MP40 and potato mashers and give it another go (for the 60th time).

Call of Duty 2’s ‘The Silo’ on Veteran difficulty…

The first game I remember getting stuck in was Mega Man 2. In fact i still haven’t finished that game. hmmmmmmmm…