The process of redesigning or “re-imagining” a game makes me nervous. For me this is a far bigger problem than mere characters being tinkered with. When games that I love are handed from one developer to another – it’s a scary moment – almost as if the process of trust between the player and new developer has to be built all over again.

They may be the most established and professional of developers; the oldest of hands or the newest of recruits. Our collective reaction is usually the same.

Why does this happen?

When we consider the details, freaking out over a games possible change in direction is a reasonable reaction, after all we’ve been burned many times in the past. A truly great game is something that we have spent years anticipating and then we spend even longer enjoying and replaying. Our favourite games are a known quantity, developed and explained to us over many months in precise detail, with gamers getting just as long to get our heads around the concepts behind them. From this learning and waiting process we develop a solid idea of the personality of the game and how likely we are to enjoy future games from that series.

When we buy a game, it’s almost as if we we are entering an agreement with the developer. We vote for both the creative and technical prowess that has been put on display, and it’s partly a recognition of support for their ideas and ambition. It’s harder to guarantee support for a title when it’s format and personality have potential to change with under someone else’s stewardship. A new developer hasn’t struggled to perfect the game’s ideas (be they good or otherwise). The developer taking over the project has almost the same view of the game as us – a “finished” one – almost always minus the creative process that led to it.

Everything I like about that game now has potential to change. I could now be voting for an entire new set of ideas. Hence the nervousness. 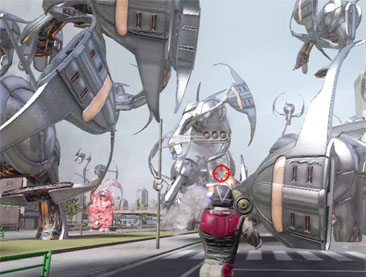 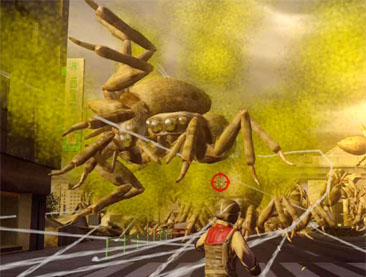 I’m a huge fan of Earth Defence Force 2017. That game is the epitome of fun; giant bugs to destroy, a multitude of weapons to choose from, simple controls. Above all EDF has a set tone that every single one of it’s fans are aware of: it doesn’t take itself entirely seriously, and it has a real B-movie vibe to it.

When a sequel (Earth Defense Force: Insect Armageddon) was announced I was ecstatic, and to be perfectly frank I would have been happy with the exact same game with new levels and enemies.

I personally wouldn’t change a thing about EDF. I like the oddball vehicle controls, the wooden voice acting, the ridiculously sized levels and enormous sets, and the level of destruction the game affords you. Most of all I love the crazy physics it employs; the way that defeated enemies simply flip over in hilarious polystyrene style rigor-mortis, it never gets old. I love how an empty screen quickly fills with hordes of terrifying yet hilarious danger. 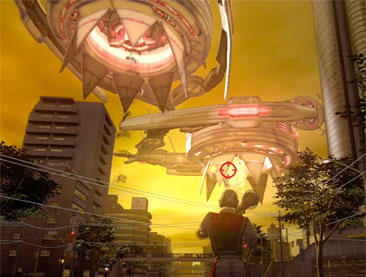 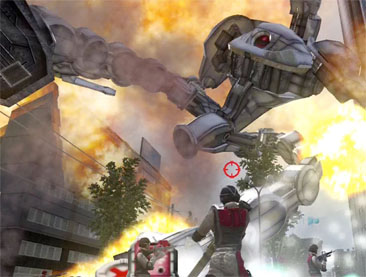 So I worry that someone else taking this marvellous game on could tinker with each of those careful (and perhaps on occasion unintentional) dynamics. EDF isn’t a hard game to get right, but in attempting to improve, Vicious Cycle could tamper with what makes the series so special.

I do however appreciate that there are however a lot of things about EDF that lots of fans would change; the ability to play co-operatively online for example is often the largest complaint. In fairness to Vicious Cycle this does offer a remarkable opportunity to address EDFs faults and ultimately encourage more people to pick up this remarkable (but often forgotten about) gem.

Perhaps the fact that Sandlot is working with them in an advisory role will result in a game that has all the magical elements of EDF, but with new (and enjoyable) twists. There are bigger, and scarier examples of developmental changes out there – but Earth Defence Force is a prime example of a game with phenomenal character, whose tone could be changed entirely by the tiniest ill-decision.

I await spring 2011 – like many others – with an anxious feeling.

This post was part of Gamer Banter, a monthly video game discussion coordinated by Terry at Game Couch. If you’re interested in being part, please email him for details.

Other takes on this topic:

The Average Gamer: Hampered by Hollywood

Zath: Has A Redesign Changed Your Attitude To A Beloved Video Game Character?

3 replies on “A change in development”

I still haven’t played the first EDF (for shame, I know), but one of our other writers feels these same concerns.

Sometimes a new developer can do a great job and stay true to what makes another dev’s game great (See Wayforward’s Contra 4), but sadly it’s just as likely (if not more so) that they’ll muck it up. Hard to say how things will turn out in EDF’s case.

I have played this game! Yes I heard the sequel will be online, that sounds like fun!

Hmm it’s too soon for me to tell, but I’m sure the game will turn out okay! Great article by the way 🙂

Another great article, though it pains me to say that I haven’t played the original EDF. However, i am trying to convince my friend to play the second one when it comes out. Im really interested in how these changes mentioned will affect games lime infamous 2, deus ex, and devil may cry.