It’s hard to hide my excitement about finally being able to drum in Rock Band 3 using my electronic drum kit. So bear with me for a moment while I deviate from my normal diet of game analysis to describe the pleasure of playing one of my favourite games with a real life instrument.

Tested with a Roland TD-4 electronic drum kit, using the 360 MIDI pro adapter in expert pro drums. Was the wait worth it? 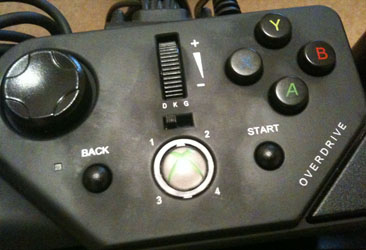 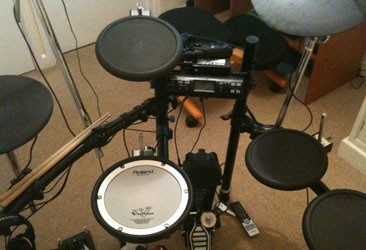 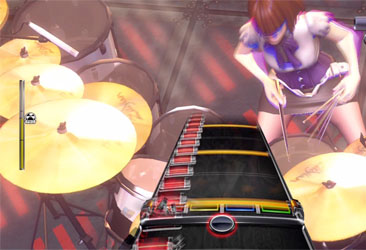 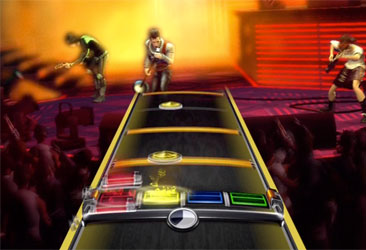 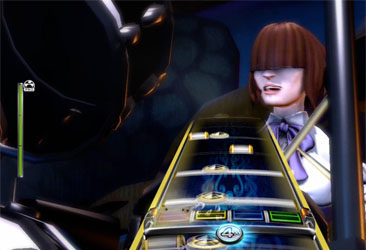 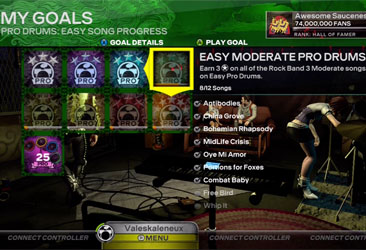 The wait for the MIDI pro adapter has been excruciating. On the whole though it’s a magnificent product. The quality of the interaction with my drumkit exceeds expectations, and the fact that I can use to play all of my Rock Band games using my real kit is a massive bonus. The plastic instrument I used to play on before has been relegated to the attic. For me personally, pro mode is here to stay.

Do you know if Rock band supports other roland drum kits like the hd1?

I was, and still am for the most part, really eager to try out Rock Band 3 with real instruments. With the decreasing number of good guitar tabs available online I was planning on looking to pro-mode to actually teach me real songs.

The problem is that there’s simply no way – that I can see at any rate – of trying any of this stuff out without taking the plunge and buying a whole load of expensive kit.

This isn’t Harmonix’s fault of course, but it’s hard to justify buying what is essentially another guitar before having felt it for myself.

I’m very jealous of you drummers on this one, being able to use your existing equiptment and all…

@Bomba Yes it does support the HD-1. There is further information on compatibility (including the full midi pro manual) on Docs Rock Band Mods site.

@Jon Yes it’s a real missed opportunity, and one that is inherent with games like Rock Band really. In an ideal world there would be some sort of partnerships between music/game shops to have pro instruments setup and available for play so that people could “try before they buy”.

I know this model has worked very well in the States, but I don’t know if there are any plans to bring it over to Europe.

Pro drums is very good fun, and I’ve heard nothing but good things about pro guitar mode on the mustang controller. Hopefully you’ll get the opportunity to test it out. If you do ever pick the game up, let me know.