Looking at my unfinished pile of games, there is one thing they all have in common; I can accurately pinpoint the moment where I lost interest.

It’s a genuine shame because for the most part I was really enjoying the experience. Starting a new adventure is not normally something I undertake lightly – my time is even more precious than it used to be.

So in most cases it’s not really a case of disliking the game that I am playing, more disliking what it’s trying to do at a particular moment.

An uncharacteristic spike in difficulty

I’ve talked about my sublime first experience with Super Metroid before. It is a game that I was unprepared to play in the past due to a historic bigotry on my part caused by being raised on the Sega side of the Sega vs. Nintendo war. I deeply enjoyed what I was able to play and was enamoured with the mood it had set (including the gameplay and music) until I hit my first wall, quite literally.

Wall jumping was the death of my positive experience, as I couldn’t do it and therefore couldn’t proceed. I return to Metroid ritually to keep trying so I can try reignite that passionate experience that I was enjoying. But I felt at the time that wall jumping was a bit beyond my ability, and the difficulty of the moment fractured the marvellous experience I was having up until that point. 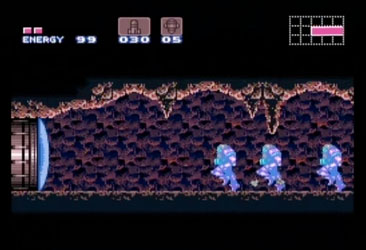 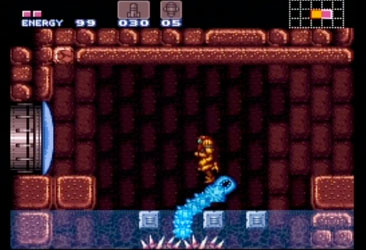 I use the example of a boss here but it could be any gameplay device that actively prevents you from continuing. I would describe these as moments where its impossible to seek help in a normal way (such as asking someone or looking up what to do in a video or walkthrough) It’s the sort of fiddly moment you’d happily hand the controller over for someone else to do if such a thing were possible.

These moments frustrate and annoy and I think some bosses personify this marvellously. RPGs have an unfortunate habit of compounding this problem by placing bosses at a moment far from a save point, preluded by a long (often unskippable) series of cutscenes or dialogue. This makes repeating the boss even more of an effort to what would otherwise would be an annoying but tolerable situation.

These sort of moments (by method of annoying repetition) make you a master of the area leading up to the moment of difficulty as you begin to repeat an area or boss over and over again in a desperate attempt to win. In most cases however you never had any particular difficulty in doing the proceeding the bit to what you were stuck on anyway, and this only amplifies the frustration further. 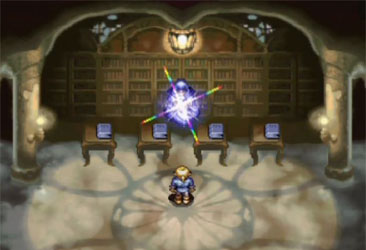 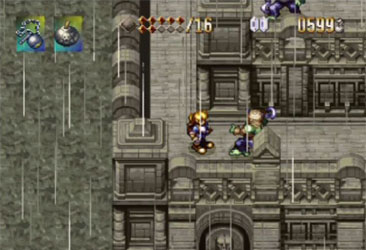 I’m sad to say that I have lost many games this way. The game may intrigue or interest me enough for me to get so far into a game (often very far, over halfway or more). But then it will drop me in a dull dip of an area or plot point that I simply no longer have the desire or momentum to get out of. Most of the times when this happens I have felt this one or twice in a game already, and it is the third or forth dip that challenges my desire to keep playing.

If this happens I will try to take the shortest path to inspiring my interest (such as avoiding any extra side missions). I will do the anything that I can to get back into the momentum of the game quickly, so that I am actively enjoying the experience again. As a find myself with less and less time, it is the games that go out out their way to hamper my enjoyment that I move on from. I usually give these types of games my utmost, but it concludes with the game no longer giving me anything back to make continued play worthwhile.

I have used Final Fantasy 13 as a pictorial example here, but to its credit, it does also makes it very simple to return to the game should I want to (using its loading screen story overview). In this particular case though I won’t be returning. If I leave a game due to its bad pacing generally I am looking for an excuse to leave so I can play something that will reward me. 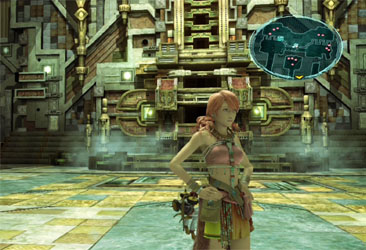 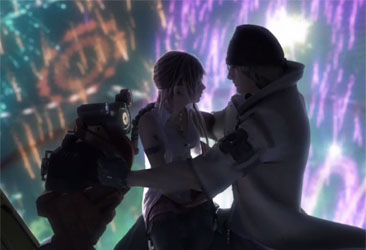 My experience with a spike in difficulty in Super Metroid is indicative of the general idea. This situation is so frustrating because I can easily glean from the content of the game so far that its a experience I will enjoy. Moreover I want to continue to enjoy it, but a combination of my own incompetence, impatience (and more often than not a pinch of bad design practice) means I often never back to playing the game I was enjoying so intently. So does this mean that the time I’ve invested to get this far in a game is now wasted?

Personally I continue to enjoy the experience of playing any game – despite any premature end. The enjoyment of experiencing what I was able to is often justification enough for picking it up. Although I must admit that most of my game purchases now are retro ones, any of these game-stopping scenarios must be far more frustrating for those who have just handed over full-price for a brand new game.

I would rarely describe playing (even an uncompleted) game as wasted time, I had fun and if it’s good enough I’ll get back to it eventually.

Or so I keep telling myself…

5 replies on “Pinpointing the moment”

Oh man… Final Fantasy XIII had some of the worst pacing ever. I still enjoyed the game to some extent, but wow. It really moved at a snail’s pace. I can’t fault anybody for quitting it.

As far as your Super Metroid problem I empathize with you. They didn’t really make the wall jump easy to do until Metroid Fusion. But, if I remember correctly (most of it is muscle memory so it’s weird to think about it), I think you need to collide with the wall, then push the opposite D-Pad direction, then just a slight moment later, push the jump button. Instincts make you (and me) want to push the direction and jump at the same time, but it doesn’t work that way (assuming I’m remembering this right). Try that timing to see if you get unstuck 😉

Thanks Jesse. I was able to do maybe two or three wall jumps in a row before I quit – but not consistently, and not enough to get me past the first section where it was needed.

As I say I do keep trying. :'( I want to return to that game so badly. I know if I can just get past that moment I’ll be away again.

On the plus side, I’m pretty sure that’s the only part in the entire game where wall jumping is mandatory (which makes it even more odd that it’s in there at all). There are definitely other places you can wall jump, but for those you can just wait until you have space jump which allows you to basically perform infinite double jumps.

And don’t worry, you’re definitely not the first person I’ve recommended the game to to get stuck on that exact same part.

Another great article. I like to think my reasons for dropping games are more justified as an adult with little time but really they’re the same as when I was a child: I’m not having fun.

But I have also been picking up a lot of games lately, some of which I dropped as many as 10 years ago. Maybe you will get back to your games eventually.

Can I just say – I think your games blog is amazing Michelle. I love all your posts, plus the design is lovely – it’s a totally brilliant and rarely-seen approach of dissecting games and I really have to say I’m enjoying reading every post. Keep up the good work