I think video games are wonderful. For me it almost goes without saying, but every so often a game will come along to really remind you of why you still spend time playing games. A great game will inspire feelings you haven’t felt in a long time, when everything was new and new concepts were magic, it’s a nice reminder of when things were nothing but fun.

So what’s the harm in a little whimsy once in a while?

A primary accusation levelled at gaming is that is simply not a good use of time. Conceptually it’s still deemed by many people to be “dead time”. Moments that would be best spent doing productive things. The problem is that “good ways” to spend time are completely subjective, one person’s ideal evening can completely different to anothers and that’s never going to change.

I’ll give you one main reason why gaming is a good use of my time though. It constantly reminds me to keep the youthful part of me alive, to be silly, to have fun, to occasionally put my sense of whimsy before real-world concerns, to give time back to myself after a day spent focused on others and others goals.

Rayman Origins is a great example of this, there’s a fantastic moment in the game where you’re swimming through the gloom of a dark underwater level, you have an extremely limited source of light, and you’re navigating carefully through this dangerous trap-filled murk. Suddenly you exit the darkness and soaring over this beautiful underwater backdrop, it made my spine tingle. I was beaming, I enjoyed spinning in the water, pausing the goals of the game for a moment to simply smile, dabble and “piss about” in the water with my co-op partner.

The reason I mention this is that it’s these sorts of sensations that justify the entire video game experience to me. 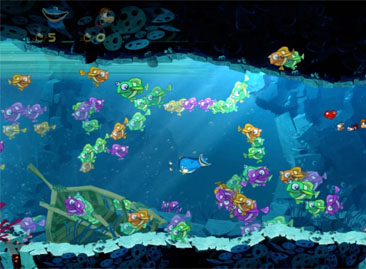 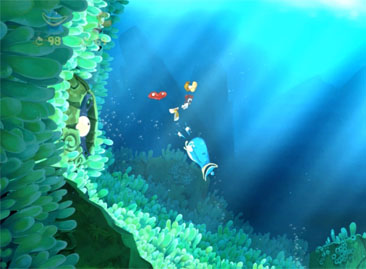 Gaming is appealing precisely because it’s usually something we do in our unproductive “downtime”. Not everything in life needs to be about doing that someone else deems worthy. Your life has to be a balance between your goals and the things you do that are still valid, but keep you content and inspired. The latter idea definitely helps the former. We just have a different muse to most people, it’s as plain as that.

Personally video games inspired a life-long love (and now a career in technology). Games continue to fascinate me because their methods and production are on evolving paths rather than static line. It is the future possibilities of gaming that excites me as much as it’s present. By buying into gaming I genuinely believe I’m supporting something worth spending my time on, precisely because it offers such a rich and inspiring backdrop to my life. 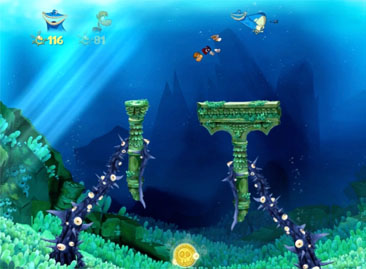 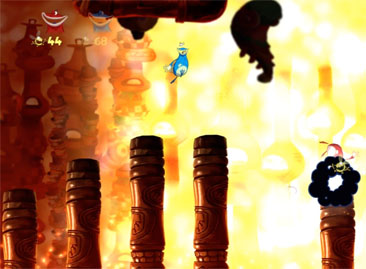 Positivity out of negativity

Fair play to my parents, who weren’t completely enamoured with games like I was, had the presence of mind to let me explore and experiment on them as much as I felt I needed to. I dabbled with many activities when I was younger (birdwatching, rockclimbing, orchestras, swimming, reading and horseriding were my favourites in my childhood) but gaming was the one that really resonated with me. It’s very interesting that I had a complete spectrum of creative and active hobbies for years but gaming is the primary one I chose.

I wouldn’t say I hide the fact that I play video games, I’m certainly not brash or vocal about it either, it’s simply a normal source of inspiration in my mind, and as difficult as this is to hear, keeping your interests a secret from people for fear of what they’ll think of you isn’t going to change anything. The only way there’s going to be any radical change in the way playing games are perceived by people is if more people admit to it and are more open about how games form a normal part of their well-rounded lives.

The merits of gaming are only going to be realised if it becomes part of our a normal day-to-day conversations. As we share what we did the previous weekend in a similar way to which we’d talk about books we’d read, places we’d been or TV shows we’d watched.

That’s not to say that your pastime should solely define who you are either, but changing the way you behave simply due to the negative reaction of others isn’t the way to go either. No one should stop themselves from playing or discussing games in public due to the fear of (often silent) negative perceptions from others. This sort of thing really isn’t inspiring confidence in our hobby, especially if it’s own supporters won’t behave as they’d like to in public.

There’s nothing wrong with a little bit of fun now and again. By playing games we take moments to take us out of the day to day to dabble with the sublime or the ridiculous. There’s a wide spectrum of games to choose from, but those perceptions by non-gamers are spun out of a minority of violent and repetative games that don’t totally reflect the true array of titles that inspire us. Games like Rayman Origins should be a constant reminder of why we want bigger and better things for gamings recognition in the wider world.

Our gaming time is whimsy, and by it’s own nature constructive a use of our time (and that’s a universal desire that doesn’t make gamers selfish). Above all, our gaming time is totally ours. Don’t let anyone try to take that time away from you. 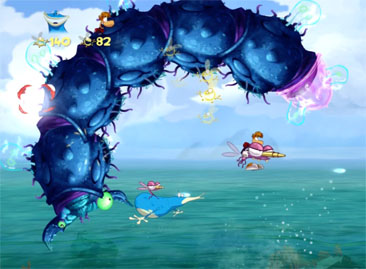 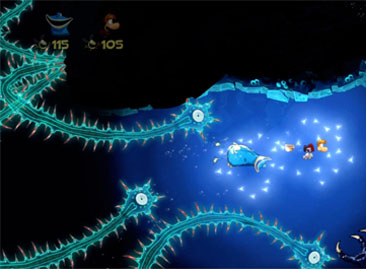 2 replies on “Is gaming a good use of time?”

Well said! Perception won’t change by staying silent about our hobbies (which I’m often quite guilty of).

On a semi-related note: Wow, what a wonderful game Rayman Origins is, both in gameplay, art, music, and well… everything. I’m so glad a game like it can still exist in an era dominated by hyper-detailed 3D games.

In my experience, the only people who get snooty about video games are those who exist on a non-stop diet of reality TV shows, trashy romance novels, formulaic romantic comedies, tabloid magazines and Lady Gaga albums.

I think the video game industry has a pretty good batting average when it comes to the sophistication and critical reception of its popular, best-selling properties. I’d gladly pit the likes of Portal 2, LA Noire and Skyrim (hell, even Angry Birds) against whatever Simon Cowell or Nicholas Sparks foisted upon us last year.

Like you, I had parents that weren’t very critical of my choice of hobbies, particularly video games, if only because I maintained a healthy mixture of additional hobbies, from sports and music to reading, writing and drawing.

While my mum never really got to grips with technology until recent years, my dad was always a gadget geek, his interests running the gamut from model railways, cars and airplanes, all the way through to personal computers and cameras. He was always interested in gaming and would regularly play the likes of Doom, Duke Nukem 3D, Command & Conquer, Half-Life, etc. He went through a lull in the 00s but bought himself an Xbox 360 a few years back and has amassed a small but interesting library of titles. Much to my mum’s despair!