Hype can work in mysterious ways. It’s frequently associated with the upcoming and the new, but it has a funny way of putting me off something as old as Castlevania: Symphony of the Night.

This is a frequent concern as someone who often looks back to see what they’ve missed rather than forward to see what games are coming. Can a game really be as good as the hype makes out?

Symphony of the Night

I last experienced Symphony of the Night in the summer of 1999. I had never played a Castlevania game before (largely due to my affinity with Sega in the early 1990s). Castlevania and I didn’t exactly get on. I was drawn to the game by numerous friends and strangers who were convinced it would be perfect for me. Only it wasn’t.

The introduction to the game (where you’re Richter fighting against Dracula) was clearly the end of another game and left me feeling like I’d stumbled into something halfway. I struggled with the intricacies of the combat and narrative that would have been effortless to anyone familiar with the series. It left me feeling out in the cold, rather than embraced and involved with the world.

It took me 13 years to come back to the game and give it another go. Partly because of that bad initial attempt at the game, but mostly because that first attempt had been inspired by the fevered praise of others. Their desire for me to enjoy the game as they had, their anticipation of my potential excitement.

It made me confirm something I’ve always realised about how I play games. The decision to play a game (particularly one that is out of your normal comfort zone) should be yours alone. 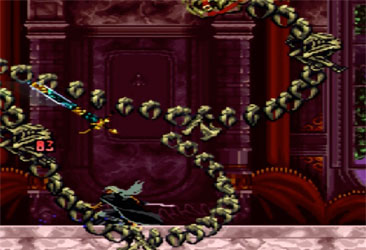 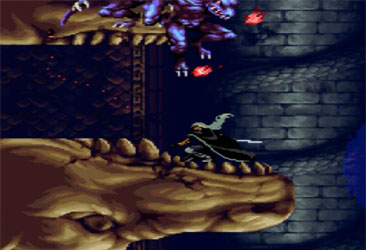 Let me count the ways

So my experience of Symphony of the Night was not meant to be. My second attempt at coming back to Castlevania has not only been successful, but I’ve fallen in love with it completely. The game is no different than it was all that time ago, with its powerful but almost baffling start. Most importantly I have a broader and more open mind and I was ready to embrace the game, to battle on through my past difficulties until I could understand why Symphony of the Night is so well-regarded. In laymans terms I was very late to the party, but I’d arrived on my own terms and in my own time, that’s a big part of the reason why I succeeded.

A great game has a way of making you feel extremely privileged about discovering it, almost as if you’re playing something precious and rare. This is the feeling that Symphony of the Night invokes in me. As a result I can appreciate what Symphony of the Night does far better now than I would have 13 years ago. I am in the cusp of passionate adoration that all players go through when experiencing a good game, regardless of when it is played. So why the reluctance both then and now? 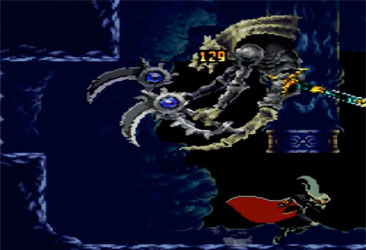 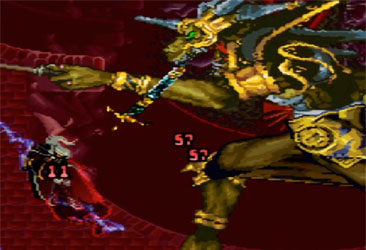 Hype is a dangerous thing, it can successfully highlight experiences that are worth playing to someone that would never have thought twice about a game, however it can also taint an experience, raising your expectations far above where they would be if you had come to the game naturally.

This is the problem I have with the marketing of many modern games and in fairness this stated expectation of greatness doesn’t just come from the developer and publisher alone, but it’s audience and fans, who have the ability to expand anticipation with its feverish devotion to reading, watching and discussing every detail of a games development cycle.

These days I prefer to learn enough about a game for me to establish whether I’m likely to enjoy it and then I’ll play it after a patient wait devoid of marketing pizazz. In shifting to the shadows with Alucard I have become enraptured with Castlevania’s masterful combat, score and setting, this quieter approach to choosing my games has empowered me in turn.

4 replies on “Hype as a obstacle”

I didn’t end up playing SOTN new either. I think I played it around 2005. Weirdly enough, I played games that are heavily based on it like Castlevania Aria of Sorrow (GBA) beforehand. That’s probably a contributing factor to why I actually prefer Aria’s sequel, Dawn of Sorrow (DS), to Symphony of the Night. Dawn is obviously more derivative of SOTN, but since I played Dawn before it didn’t matter to me and I was too busy falling in love with the ability absorption mechanic.

Hands down, though, SOTN has the better soundtrack. Holy crap, that is some fine, fine music. Aria was no slouch either, though. I love Aria’s Dance Hall theme: http://www.youtube.com/watch?v=_CCvzZXO0Ao

You’re not the only one to put down Symphony partway through and try and return to it later; it took ages for me to get used to a Castlevania game that wasn’t in the linear format of the older titles, but once I embraced the open nature of the world I stopped worrying about getting lost and actually let myself get lost (to an extent) and explore uncharted areas, which made it a much more immersive experience.

My story is kind of similar to Jesse above, which is somewhat eerie. My first experience with the “Metroidvania” style of Castlevania was Harmony of Dissonance, which is not good. Aria was the first one I really enjoyed. I didn’t play SOTN until 2007 because I never found copy of the PSOne game. I waited until it hit XBLA.

It’s a good game! And I’m glad you enjoyed it.

“My first experience with the “Metroidvania” style of Castlevania was Harmony of Dissonance” I’m sorry 🙁 Fun fact: My copy of Symphony of the Night freezes on the ending cutscene… every… single… time… No Richter mode for me!