I recently completed my first playthrough of Borderlands 2. I steeped high praise on the first game and greatly anticipated its second outing. The moments I enjoyed the most from Borderlands 2 though were it’s knowing nods to the first title.

Both Borderlands 1 and 2 succeed in creating a very well-realised sense of place. Borderlands 2 builds on this idea, by creating memorable and heartfelt links back to the first games setting, allowing the player to go back and explore how the game world has changed.

I call the feeling this provokes, location nostalgia.

There’s something really special about returning to locations from previous games. Particularly where a significant amount of in-game time has passed. The times where this is most effective is when a number of real life years have passed also. Say the difference in time between the original game and its successor. The most memorable experience I have of this revolutionary location nostalgia is inadvertently discovering the ruins of Nupraptor’s Retreat in Soul Reaver. 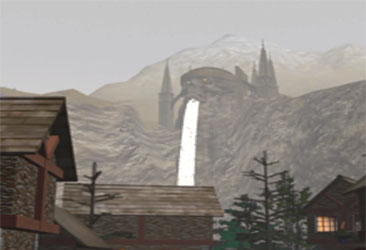 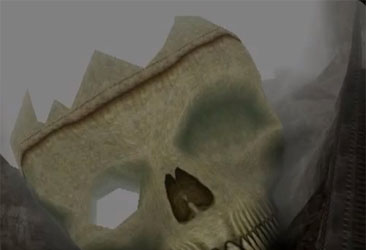 The retreat itself is a very memorable building. Unmistakable to any old fans of the Legacy of Kain series. In Blood Omen Nupraptor resides in a huge skull resting at the top of a waterfall. It’s an awe-inspiring moment in the game, as you reach the jawbone of this massive skull (while playing as the vampire Kain) peering out of the enormous glass windows that are its eyes. You go there to seek revenge for Kain from one of the Guardians of the pillars who requested the murder that led to Kain’s damnation.

What makes this location even more impressive is finding the fallen ruins of this skull many hundreds of years later in the sequel – Soul Reaver. The skull has fallen from the resplendent perch it once sat at, and is the perfect metaphor for the decline of the world of Nosgoth under Kain’s rule. The malevolent rule that you perhaps encouraged through your playthrough of the first title.

Including Nupraptor’s retreat in Soul Reaver was a master stroke. A simple location device which had a broader and massive significance to those lucky enough to experience Blood Omen’s remarkable story at the time. It was just as impressive playing the game in reverse order – with Soul Reaver being the first Legacy of Kain game that many of us played. I remember the beautiful epiphany I had upon reaching Nupraptor’s Retreat in Blood Omen and realising what it would become. I had seen the future of this game world, seen the devastation my decisions in Blood Omen would reap upon the world, and upon the character of Raziel. 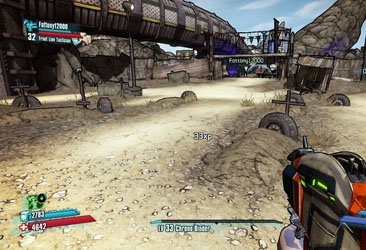 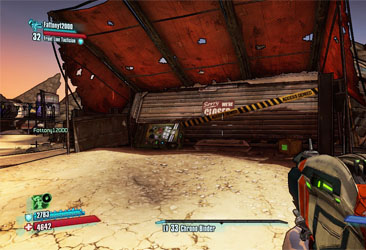 The location reuse in Borderlands 2 was far more subtle, but just as effective. Five years have passed in the game world, and three years since we had played the series for the first time. We’re reminded of what came before partly through interacting with the cast of the last game, but also from the settings of the games last quarter, where you return to the places where your original adventure began.

Borderlands 2 rewards those lucky to have experienced the first game fully by easing them back into the starting areas of the first game – including the Arid Badlands and Fyrestone. Veterans of the series can see how these areas have deteriorated or changed under Hyperion rule.

You see Piss Wash Gully where you first grabbed a vehicle, and did your first vehicle jump (now surrounded by a purple slag lake). You return to the site of the Fyrestone shops (now closed and abandoned). You return to T.K Baha’s house to find out more about his background (and find some secrets). You find the original town sign and gate where you defended the original Claptrap from your very first wave of enemies. 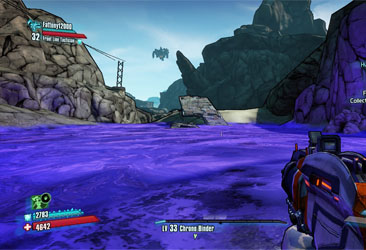 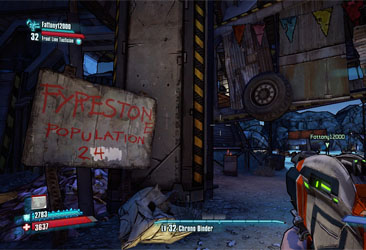 It’s a wonderful, nostalgic moment in gaming for anyone who appreciated the first game hugely, and crucially it’s reverence is not completely lost on new audiences. You’re informed of the events of the previous games, by playful nods to 2.0 versions of the bosses that were fought there, or echo transmissions which explain the context of the location.

It’s a perfectly pitched moment, and a fitting conclusion to the narrative ties of the first game. It’s a swan song to both the adventure you’re having now (by its inclusion late in the game) and the adventure you had before. These are the hallmarks of really successful location design, they lodge in the memory and inspire a particular feeling. This feeling is improved by the future and successive nods to those past, great locations.

I’m always impressed by game designers that decide to use this technique, its a nice treat to your existing fanbase, and an encouragement to those new to the series to go back and better understand the references for themselves.