It’s easy to forget with the popularity of the internet, but years ago we used to move mountains to play games with other people. We sought out someone to play multiplayer with, moved computers or consoles in trains and cars, even bought new hardware and software to increase the chances of playing with others.

Online gaming has eroded much of the need to do this now of course, but I still think where you live has an important bearing on how successfully you can enjoy your hobby.

I concluded pretty quickly in my teenage years that the area that I live in (Gloucestershire, UK) is not a great one for video games. This is my opinion of course, but the experience I’ve had of living here for the past two decades confirms that.

Meeting other like-minded people that play games, and being able to play with them locally is pretty simple in a very built up place or city, but in a rural of sub-urban place like where I live, I feel vastly outnumbered by people interested in other things.

When I briefly lived in a city – my ability to find other like-minded people was much easier, and there were better and more densely populated facilities for us to meet and play games. There were regular game nights at local pubs and bars, or retro days run by enthusiasts.

These days I struggle to find anyone with more than a passing interest in games in my immediate vicinity. This hasn’t proved a huge problem, it’s simply forced me to develop other interests and pursue the social channels of those, but sadly has meant that I too am forced to use the internet to wax lyrical about games in a way that isn’t going to bore the circle of people who live around me.

In fact when Game UK has its problems on the high street I was not (and am still not affected) by those store closures. I didn’t have a Game here in the first place, and seeing one means travelling to another city or town. 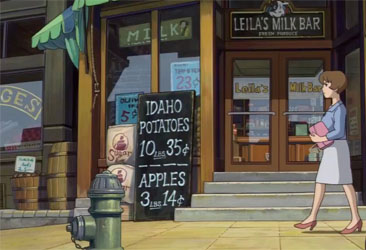 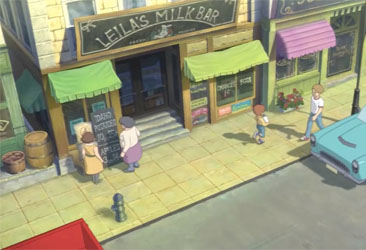 The consequence of not feeling welcome

While gaming isn’t a niche, it certainly feels like one around here, even though I know more than enough people that are willing to support video games retail and events in this area, no ones prepared to create or sustain anything.

There is one independent game shop in my town (there used to be two more, but they both closed long ago), and while it is good for pre-owned titles, getting hold of brand new games remains an ongoing problems. Truly, I have to travel further afield for a good independent shopping experience.

This is where the internet comes in again as a lack of decent video game retail in my town has forced me to do all of my games shopping online too – taking my money out of the local economy and perpetuating the problem.

Not only that but shopping online requires planning and care, if there’s a game I am likely to need on a certain day I have to pre-order to be certain that I will get it in time. Plenty of people will complain about pre-order but it’s a lifeline for me when a rare title is released.

I can travel to one of the many other independent games shops in another cities and towns around me, but that just repeats my desire for wanting a good one here, despite there not really being much of a market for it locally.

A in-game example: Ni No Kuni

In writing about my experiences of trying to enjoy games in a local area that doesn’t support it, I am reminded of the idea of two worlds in Ni No Kuni. Motorville (the quiet, peaceful almost bland suburbia) where the game originates, and it’s other, more fantastical world full of magic and intrigue.

Enjoying the settings of both worlds meant suspending your disbelief a little, and embracing the poetic licence of numerous RPG tropes; the young, pure-hearted hero on a journey, destined to combat all problems, a hidden magic power they were unaware of.

This example reminds me of my desire for a more enriched, video game-filled town, with thousands of other local gamers around me, yet I find myself stuck in an real-life equivalent of Motorville, as I crave a simplistic, yet busier gaming horizon. Ironically then, it is still the internet that adds that other needed dimension to my gaming world. The perfect gamers location doesn’t often exist, and forces me and many others to travel and mingle to find like-minded people in the most unusual of places.

I love where live, it’s a vibrant and eclectic place, but there’s no escaping the fact that it largely snubs my biggest passion and interest.

There’s been a bit of a resurgence in recent years of mastering difficult or incomprehensible games. Popularised by titles like Demon’s and Dark Souls. These sorts of experiences have taking some of us of a certain age back to the sorts of titanic struggles we had with games of our youth.

Back when I started gaming, every title was a little tricky. Most developers had a penchant for making you guess concepts or telling you very little. It encouraged us to experiment, share and spread rumours in a way that’s been totally fragmented by the rising popularity of the internet.

What I find interesting though is how players are using their patience and experience from one difficult title to return back to another series they’ve previous written off. Using the knowledge patiently gathered from other titles has been seemingly useful for returning to a game like Monster Hunter, which has developed a bit of a legacy for being hard to start and tricky to master.

I don’t see Monster Hunter as a particularly difficult game, but it certainly becomes one in its later stages. What’s interesting then is that it’s the introductory stages of the game that puts most of its intended new audience off the series.

One of gamings best kept secrets

On the face of it Monster Hunter has a bit of a PR problem. On the one hand many people think that it’s comparable to Pokemon. Upon further exploration since it’s PSP days, it’s developed a bit of a reputation for being difficult to play, hard to get into and slow to start.

This idea in particular can be hard for the existing Monster Hunter community to relate to. Capcom can be notoriously bad at explaining how the game works to new audiences, because it understands that the target group for the game understands it completely and doesn’t need to be troubled by tutorials for an engine they know inside out.

This is where games like Dark Souls come in. That game (and it’s predecessor) was the best explanation of the sentiment that Monster Hunter started many years prior. The concept of experience and failure within a game teaching you lessons about how to progress. Problems and enemies around every corner. Maps to be memorised, NPCs to figure out.

It’s a very old school chapter of game design that many subsequent developers are trying to emulate. Yet for many of us Monster Hunter remains one of gamings best kept secrets. It’s been preaching these design decisions chapter and verse since its launch on the PS2 back in 2004. It’s obviously popular in Japan, but still regarded as somewhat of a niche title in the West.

For some reason it’s a title not performing quite as well as it could be, simply because of a misguided reputation alongside rumours and intrigue about what it contains. These are very concepts that drew so many new Demon’s and Dark Souls players in, and perhaps what’s ignited a surge in Monster Hunters popularity this time around.

What you learn now will stay with you forever

So just as many Demon’s Souls players found they could digest Dark Souls more easily due to their knowledge of Demon’s, much of this same audience is experiencing Monster Hunter with that understanding of what this type of game is trying to accomplish, inspiring many to continue progressing through a title that seemed too impossible before.

The design decisions made by Monster Hunter seem quite obtuse and garish at first. The combat seems slow and unresponsive, the animations that your character is forced into in order to heal seems drawn out. Hopefully the gaming communities refined knowledge of these very purposeful choices in game design will come to fruition this time around.

Monster Hunter turns its back on the conventions settled on by so many other adventure or role-playing games. Instead it settles on a “what you learn now will stay with you forever” mantra. Learn how to play Monster Hunter and you take on each new title in the series with added confidence. You’ll best a tricky foe with the same equipment as someone starting fresh and beat it faster and more competently. You’ll even learn to challenge new foes by observation, patience and time, and not with health bars.

Perhaps the burgeoning Monster Hunter community has encouraged more new hunters this time around too. Seemingly the launch of the newest title is the best time to start and I’m pleased by the numbers of new hunters who are stepping forward and finally get what Monster Hunter is trying to do. Interestingly many gamers are inspired by the idea that they can progress through Monster Hunters occasionally impenetrable starting hours by tackling it together. This is the same sentiment that created the almost viral spread of Demon’s Souls import success, and the news that copies of the game on both 3DS and Wii U are subject to shortages is promising. Whether or not Monster Hunter can continue to captivate my immediate gaming circle in the way that it has in the past few weeks remains to be seen.

What will really distinguish if Monster Hunter has truly shaken off the misconceptions people have about it is if this momentum continues past it’s launch window and into the quieter summer months and beyond. Part of this may be fuelled by the series finally supporting cross region play in American and European regions properly for the first time. As a long-time hunter however, the ongoing strength of the community is how I will continue to mark its success.

I wish new hunters fresh to Monster Hunter 3 Ultimate every success, and as somewhat of a veteran of the series now I hope it continues to capture the imagination of many more new hunters. After all there’s no better time to start.