I am a self-confessed Animal Crossing fan. I’ve played every single game since I tentatively imported the Gamecube version from America, uncertain (like many other gamers in Europe) that such a niche game (as it was then) would ever make it here.

Despite years of playing the series and considerable knowledge of what I might expect, I was certain that Animal Crossing no longer had the power to captivate me again. The only complaint I can level at the series is that it hasn’t changed too substantially from the game I first played back in 2002. I had retread that same, trite introductory tutorial so many times it had become painful to redo.

My hopes weren’t high, so I was pleasantly surprised that the game had changed enough to offer something a little newer to veterans like me. Crucially though, social media has really come into its own for this title. 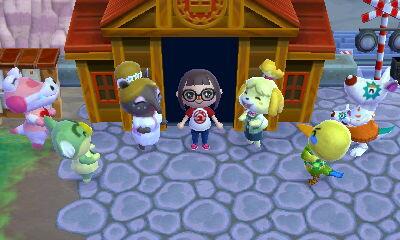 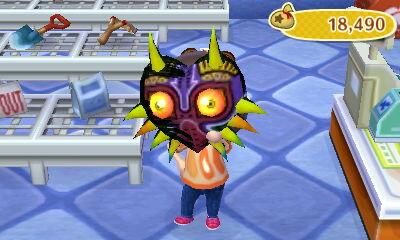 The stand out feature of Animal Crossing: New Leaf is the ability to take screenshots of your game and upload instantly to the web. Animal Crossing has always been a social life sim, but it’s even more impressive now watching thousands of others progress daily together on the hashtag #ANCL.

It’s a fascinating window into others little moments of progress, and a great (largely spoiler-free way) to discover new things about the game. It’s also the perfect compliment to the cooperative nature of series, sitting alongside the ability to explore and visit other peoples towns.

I find myself watching the #ANCL hashtag when I am unable to play the game, to watch what others are doing. I suspect other people’s excitement for this title is fuelling a massive feedback loop of successive play, as we all mix together and share in our excitement of slow, but oh so satisfying progress.

It’s making the wait for each days play far more rewarding in turn, as we each start to see the subtle differences in each of our routines. I’m personally enjoying easier access to villages in other regions of the world. Watching another person’s town grow and evolve in fascination in the dusk of their game as I sit in the bright morning of mine. I enjoy hearing about what other people find enjoyable about the title. Aspects I don’t spend much time on. Someone else’s fascination with collecting Gyroids, another’s love of gardening. The happy timesink of designing more and more elaborate patterns to share.

Being able to see these moments of others fascination in picture form has created a new lease of life in this occasionally tired game. As I watch others stumble into detail of the game that I hadn’t yet discovered.

This sort of sharing encourages more online play – spotting an image of someone in a pear orchard, might inspire a pair to swap friend codes, as one person is eager for new fruit and another for more visitors. Personally, I’m just enjoying the window on endless Animal Crossing inspiration. 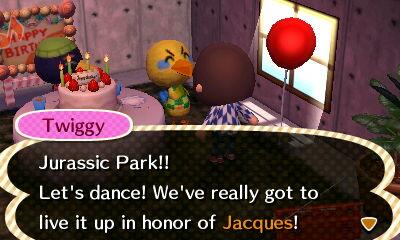 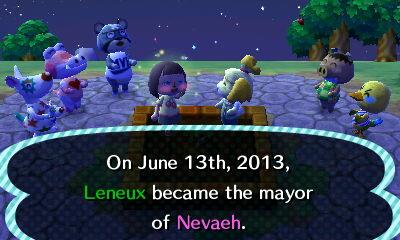 Why don’t we see this more?

With a generation of new console hardware around the corner – why is it still so rare to take pictures of your experiences on home consoles? Features like this are crying out to be used more effectively. Achievements and trophies are nice, but isn’t the ability to take a picture of a particularly epic moment in a game just as appealing?

There’s a palpable excitement about being able to do this too, precisely because the ability for everyone to universally share pictures of their experience with a game (particularly on a handheld) is so rare it’s created a genuine buzz around a title some admitted was probably going to retread too much of the previous entries to be worth getting excited about.

I don’t even think technology can be used as an excuse why it can’t be done anymore. Neither can intellectual property concerns. Fans of Animal Crossing are doing a great job of marketing New Leaf to all of their friends more powerfully and naturally than any marketing department could ever dream of.

I wrote a similarly-themed piece about New Leaf the other day:

Good to know we’re on the same page!

I bought the game day one, and while there was excitement I will admit I too was a little cautious and worried that there be nothing new (ala City Folk).

The game’s gripped me again, just like Wild World. Playing it everyday and discussing and sharing game experiences both on and offline- I reckon it’s a much bigger hit than Nintendo had ever expected.