Aliens have come to Earth

The aliens happen to be giant insects, such as ants, spiders and flies. You will never tire of shooting enormous ants and robots and watching them richochet, explode and barrel roll far off into the distance. 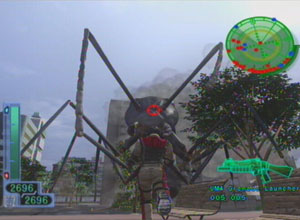 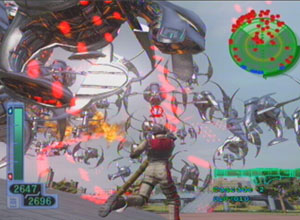 For what seems like quite an average game graphically, the explosion effects are genuinely impressive. For most levels, all of the available screen area is explorable and can be used to take down ememies. 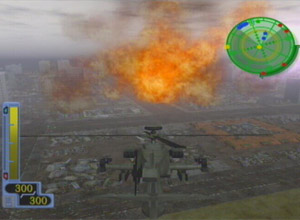 Scale is used perfectly in this game. Massive robots will lean into buildings sending them tumbling down, or erradicate your entire team with one footstep or well aimed beam. Don’t stand in awe for too long though. 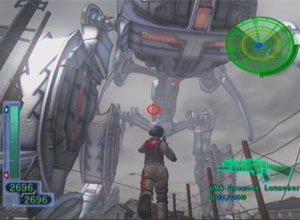 It only takes one look at the radar to realise the odds are against you – but the exaggerated power of your chosen couple of weapons, combined with the delight of the free roaming missions, never make this a chore. 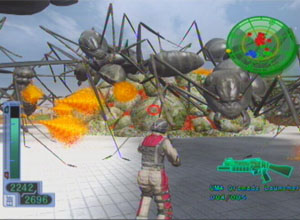 The missions lead you on a progressive path, helping you to rise to the next challenge, the games deceptively simple at first, but won’t penalise you if you fail. The three later difficulty modes are fun for those who can hack it. 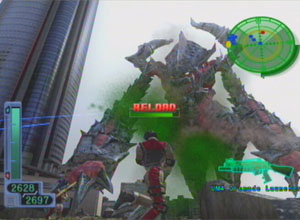 Bags and bags of humour.

Above all the game will make you laugh. Animations are ropey – creatures and objects will simply cease to move when killed and tumble over like heavy logs. It doesn’t even seem lazy – it actually makes it more amusing.

After realizing even the local landmarks are destructible, you’ll begin to go on path clearing missions with a rocket launcher just to get from A to B. This can lead to mayhem – just be careful of friendly fire. 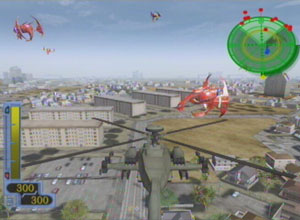 This game openly embraces chaos. You’ll frequently get overwhelmed by the sheer amount of things to shoot. It feels good to be trusted to create your own fun in a game. There’s a lot going on screen a lot of the time. 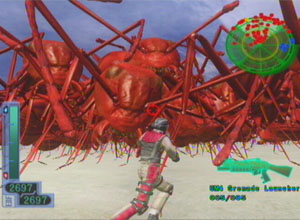 Lots and lots of explosions

Health and armour pickups will improve your chances of surviving the later levels. Which weapons you choose for each mission are the only major decisions you will have to really make throughout the entire game. 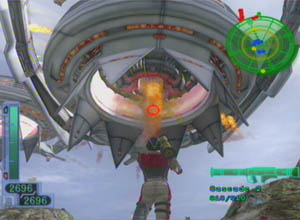 Despite Earth Defence Force’s budget title the areas and enemies will frequently impress and continue to do so. The screen shake for example isn’t everyone’s cup of tea but adds atmosphere and can be turned off. 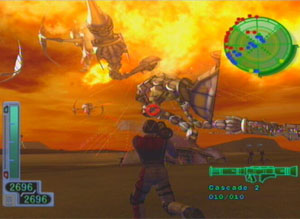 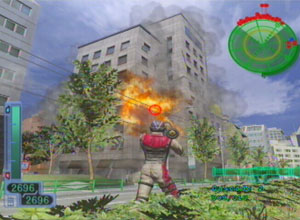