The premise to Kurushi is simple, remove all cubes from the screen without falling off the edge or touching the blocks as they move towards you, surviving requires quick thinking and perfect timing. 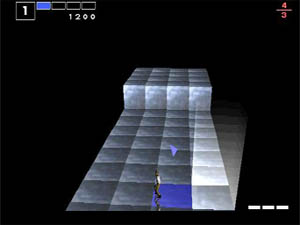 Eliot can target one block at a time, but the main strategy comes from using green advantage cubes to remove multiple blocks in a 3×3 space, and using the extra time afforded by chaining multiple patterns of cubes. 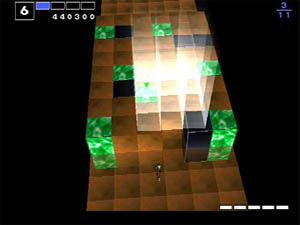 The main challenge comes from avoiding the black forbidden cubes which should not be touched and left to fall off the edge. Every forbidden cube captured means losing one section of the gameplay surface. 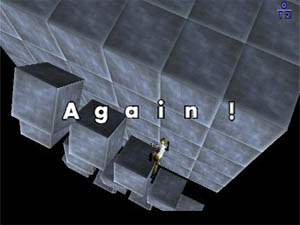 Perfect scores for each round can be gained by removing all cubes (and avoiding forbidden cubes) as well as giving you more points, perfect scores increase the level length making each round a bit easier. 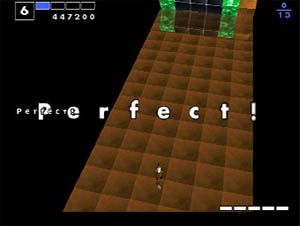 A counter in the top right measures how carefully the player has managed to complete each round within a small number of moves. The smaller the number of moves the greater the bonus. 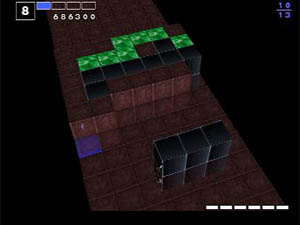 The mindset you have to adopt to play Kurushi is used in the narrative – the game becomes an elaborate intelligence test from a mysterious power. This leads to the American title for the game; Intelligent Qube. 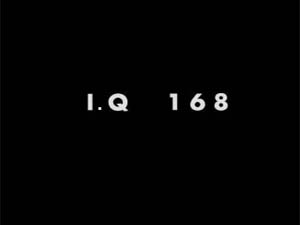 The game over screen is stark, but helpfully displays your progress within the game, encouraging you to continue attempting to strive against cubes moving endlessly towards you, the pace of the game is unrelenting. 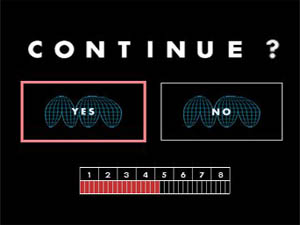 Extra columns are added to the puzzles as the stage number increases increasing the difficulty of the game dramatically. Additionally the increase in forbidden cubes mean that the game gets extremely tricky quite quickly. 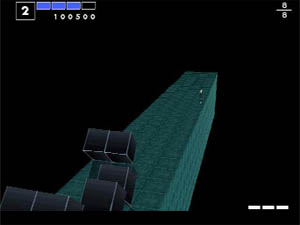 Additional characters can be unlocked by completing the games standard mode. This extra players can move faster than Eliot and make the difficult later puzzles much easier to do in quicker steps. 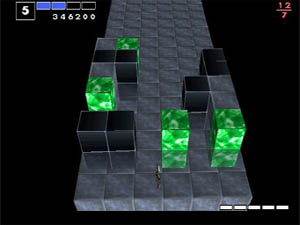 The visuals of the game gives it quite a unique feel, the story plays on this emphasisizing the fact that Kurushi is not just a puzzle game for the sake of it, but a test of patience, spontaneity and will. 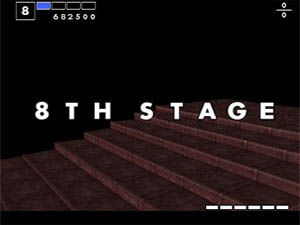 The music for the game is a grandoise soundtrack compromising of a mix of choirs and stringed instruments as Eliot struggles to solve the puzzles. It is startling and brilliant compared to most other for puzzle game music. 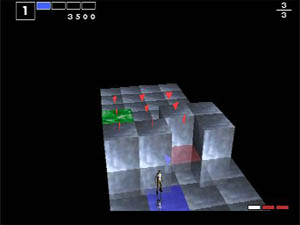 Given the difficulty of the game, your scores feel like a genuine achievement, particulary as the chance to lose it completely looms ever closer with each stage. Higher scores are particulary satisfying once you master it. 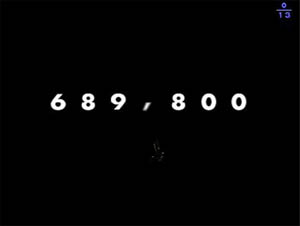